Have you ever wondered how green leaves can turn bright orange, yellow and red? I honestly never gave it much thought. Then, while on a walk with my son, he picked up a leaf and curiously asked me “why do the leaves change color?” I had no answer. Why exactly did the leaves change color each Fall? After a bit of research I found not only the cool science behind this wonder of nature, but also an awesome garden experiment to help explain it to kids.

Leaves contain Chlorophyll. Chlorophyll makes leaves green and is so dominant that it covers up all the other colors in the leaves. To figure out what color a leaf would be without the dominant chlorophyll color, we can separate the colors by doing this simple chromatography activity. It’s a perfect Fall garden experiment for kids ages 3 and up.

This experiment is very simple and you likely already have everything you need:

My son and I also grabbed a couple leaves that had already changed color from the tree, to see if it would correlate with our experiment results. 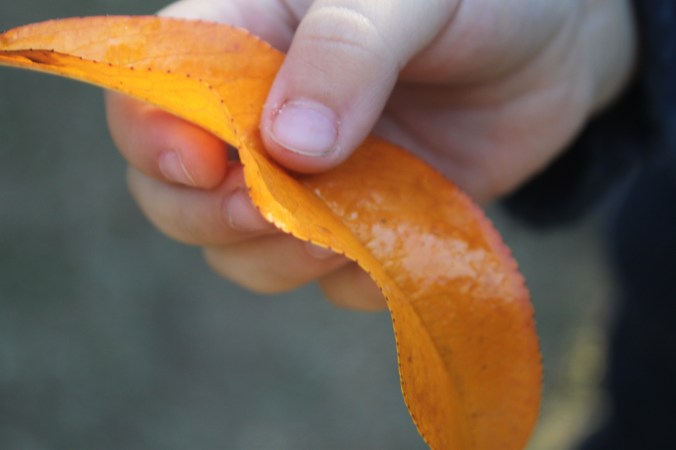 The experiment takes approximately 12 hours to complete. Although the steps are fairly straight forward, I recommend a parent be on hand to help.

1. Have your child break the green leaves into tiny pieces and put in the jar. 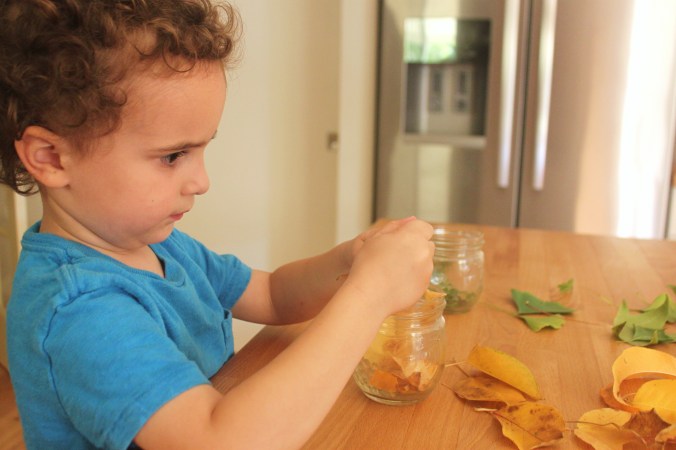 2.  Pour rubbing alcohol over the leaves until they are just covered. 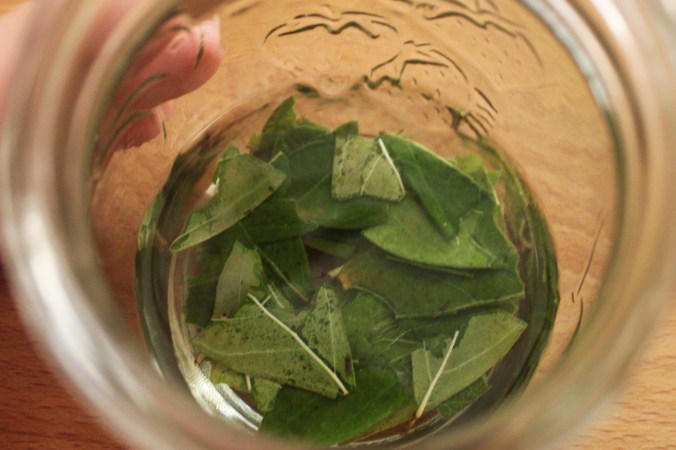 3.  Mash and stir the leaves into the rubbing alcohol until the alcohol turns slightly green.  Give it a good mashing – this is key.

4.  Cover the jar with the baggie or plastic wrap.

5. Place the jar in a small bowl and pour hot water into the bowl.

6.  Leave the jar in the water for 30 minutes, swishing the jar occasionally to stir the leaves a bit.  The alcohol should be a very dark green (leave longer if needed).  If you can, I recommend waiting an hour.

8.  The liquid will travel up the coffee filter strip and the leaf pigments will separate into bands as the alcohol evaporates off the strip.  Let this happen overnight for the full effect.  As shown below, the green leaves we used turn to a beautiful yellow in Fall. 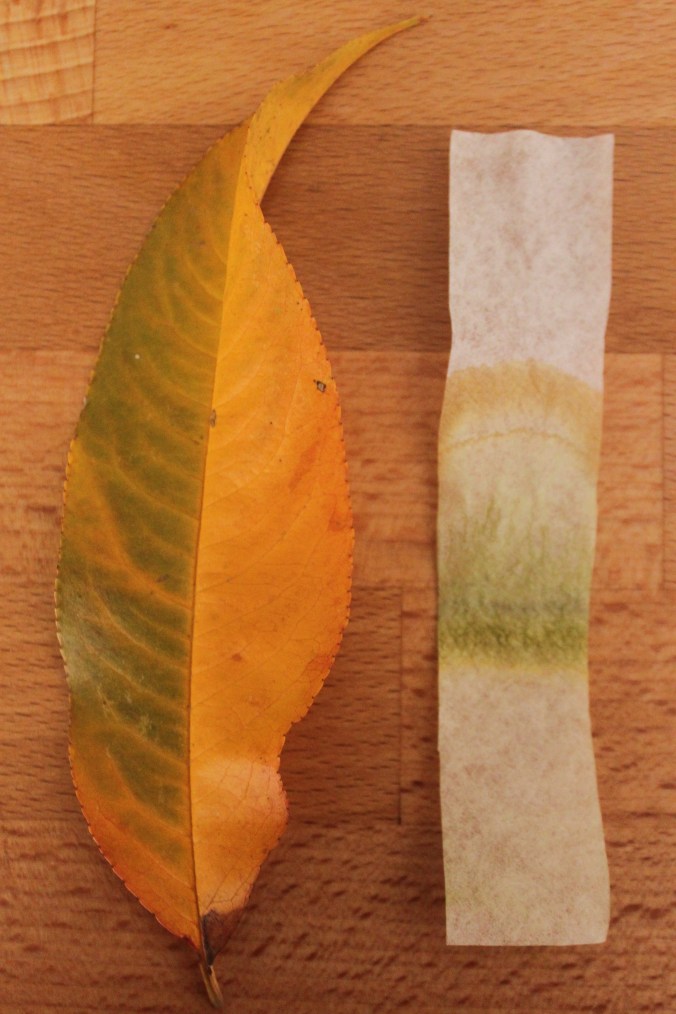 The Science Behind It

In this science experiment we used the rubbing alcohol and energy (hot water) to separate the colors.  You likely saw green, and depending on your leaf type, maybe red, yellow, or orange.  As we know, Chlorophyll gives leaves their green color and is so dominant it hides the other colors in the leaves.  But in the fall, chlorophyll in the leaves breaks down allowing the other colors to finally shine through and show their beautiful reds, yellows, and oranges.

Photosynthesis is the process in which plants convert light energy from the sun to chemical food energy. To absorb the light, leaves use brightly colored  pigments with chlorophyll being the most important one.

There are two main types of chlorophyll: chlorophyll A which is bluish-green, and chlorophyll B, which is yellowish-green. During most of the growing season, leaves contain more chlorophyll than any other pigment, making them appear green.

In the fall, chlorophyll begins to break down, and the other pigments, which have been there all along, are finally revealed.  Yellow leaves have pigments called xanthophyll, orange leaves have a pigment called carotenoids. Anthocyanins, give leaves their intense red and purple pigments.

These pigments, however, aren’t present in the leaves during the summer and are only made toward the end of summer.

Chromatography, is the separation of a dissolved mixture by passing a through filter paper through which different parts of the mixture will move at different rates. The pigments that were more soluble in the solvent (alcohol) moved further up the paper than the less soluble pigments.  Using the green leaf as an example, the blueish-green chlorophyll A was less soluble than the yellowish green chlorophyll B and thus it didn’t move as far up the paper. 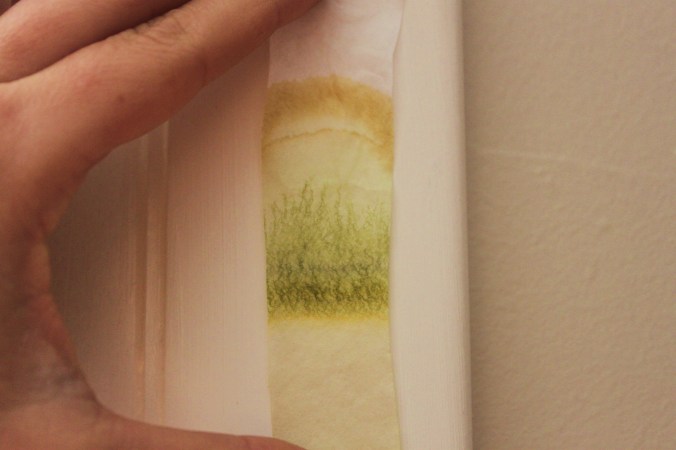 I hope that your kids enjoy this garden experiment as much as we did! It’s a fun activity for the whole family. Happy Fall! 🙂

One thought on “Fall Garden Activity for Kids: Why do Leaves Change Color?”

Stephanie is a plant and nature enthusiast, photography lover, engineer by trait and gardener by heart. She loves writing about her adventures in the garden.

“If something is not eating your plants, then your garden is not part of the ecosystem.”